In artificial intelligence ‘Latent Space’ refers to a mathematical space which maps what a neural network has learnt from training images. Once it has been trained it understands all images of trees as existing in a specific area, and all images of birds in another.

The neural network can be reverse engineered to create fake images from these coordinates1. But what if it was given a new path to travel between these recognisable points, instead moving through the in-between space?

Installlation for Sculpture In The City, 2021.

For this 6 hour iteration, a new soundscape by The Analog Girl was commissioned in partnership with MSCTY x Sculpture in the City. 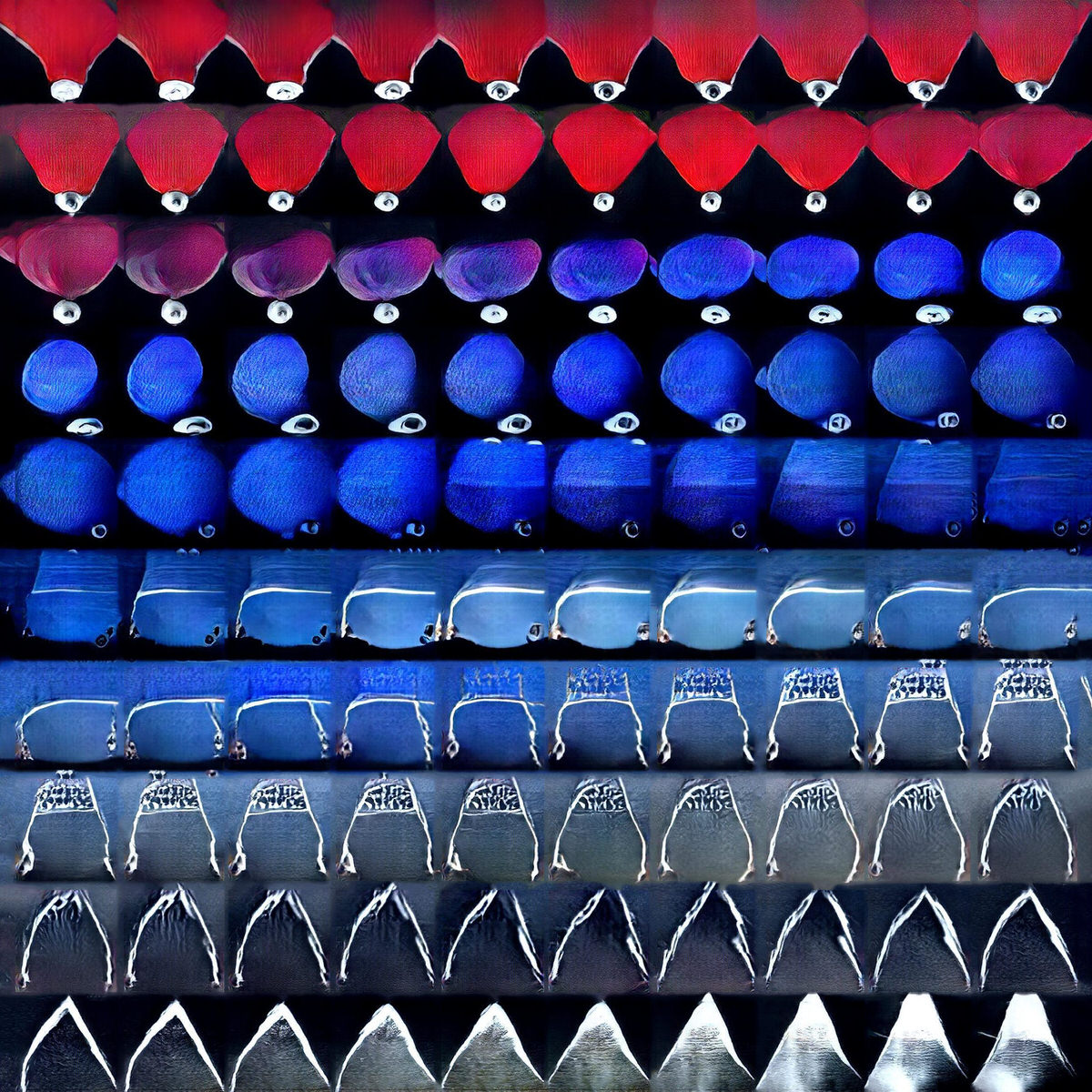