Closed Loop is a recording of two artificial intelligence models conversing with each other - one with words1 the other with images2 - in a never-ending feedback loop. The words of one describe the images of the other, which then seeks to describe the words with a fresh image… Two neural networks getting lost in their own nuances, sparking and branching off each other as they converse in a perpetual game of AI "Exquisite Corpse".

“The conversation shifts between the logical, to the enigmatic to the frankly incomprehensible, produces constant frissons of surprise and in the end a profound sense of displacement from one’s own settled perceptual self.” - (64/1, curatorial collective)

Special thanks to Roland Arnoldt (New York based creative technologist and collaborator), and Anh Nguyen et al. at Evolving-AI for their work on GANs.
Single channel rendering of two channel video installation 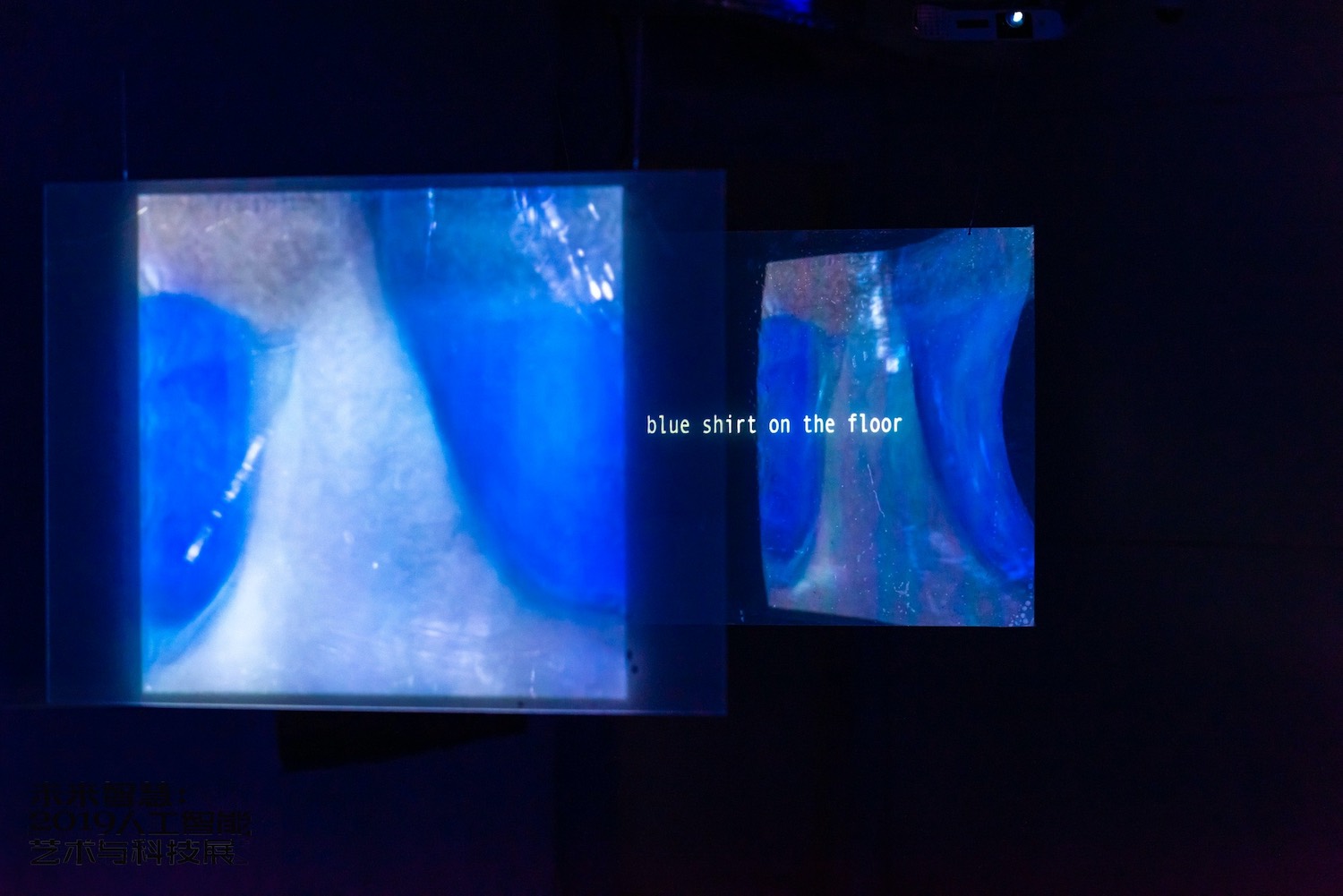 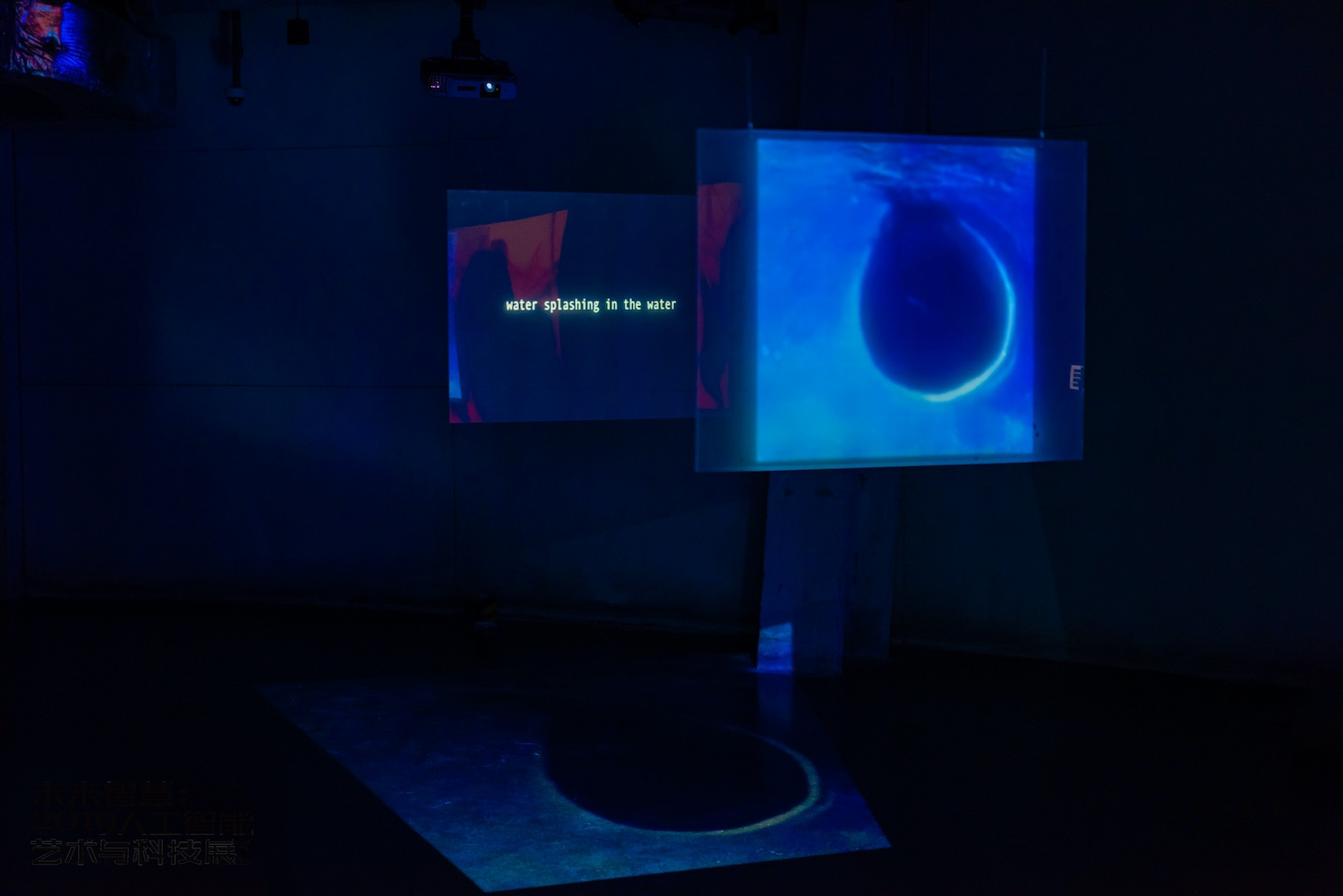 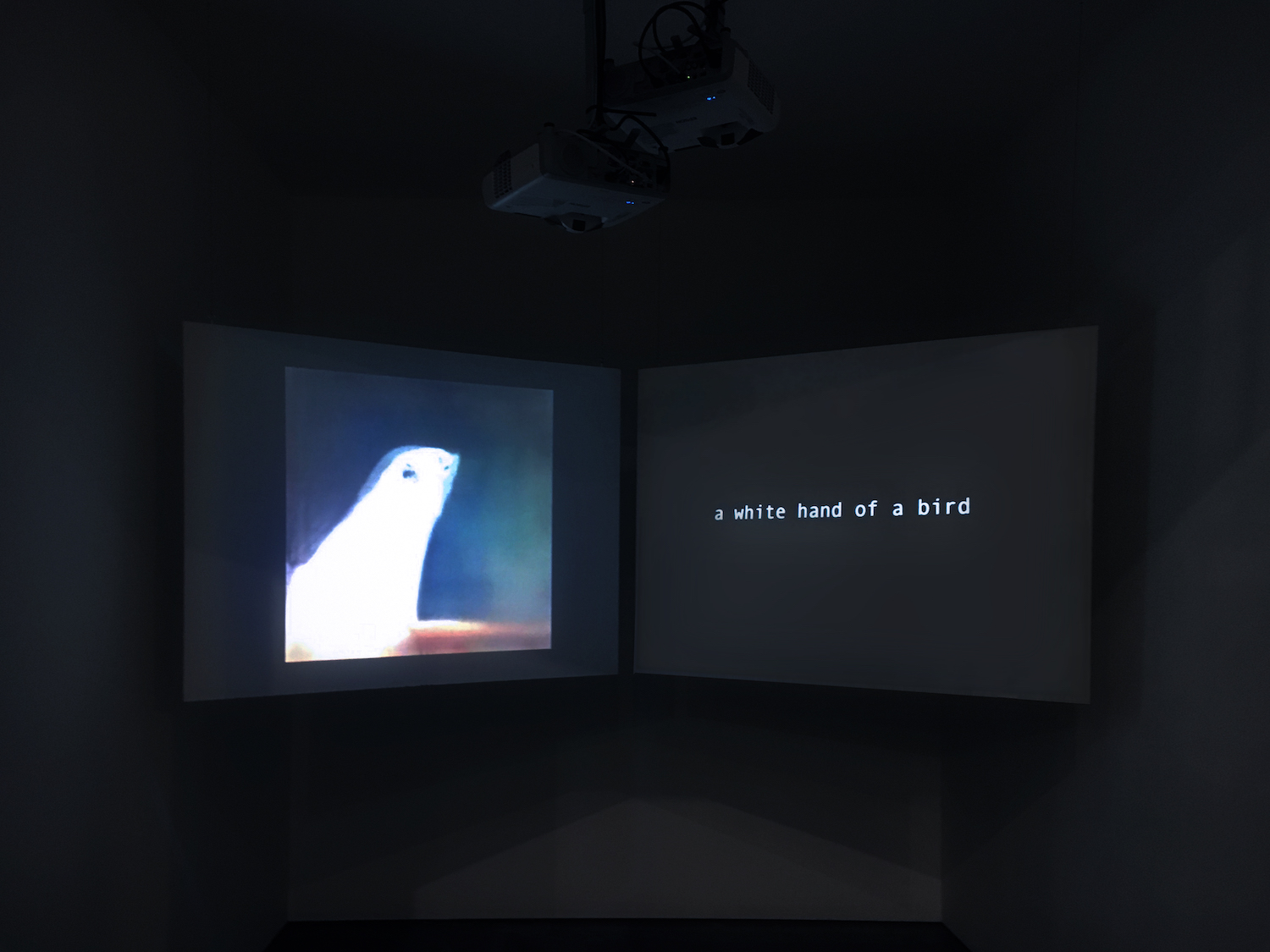 Installation shot from Writing the History of the Future 2019 - ZKM, Karlsruhe